History of the Olympic Games

The Modern Olympic Games were inspired by the Ancient Olympic Games, which were held from the 8th Century BC to the 4th Century AD. Religious in nature, these athletic festivals were held every four years at the sanctuary of Zeus in Olympia, Greece. Running events, a pentathlon (with jumping, discus and javelin throws, a foot race, and wrestling,) boxing, wrestling, pankration, and equestrian events, such as horse and chariot races, were included in these ancient games. The games were held in honor of Zeus, the god of sky and thunder, and of Pelops, the mythical king of Olympia. Other Panhellenic Games were held at Delphi, Nemea, and the Isthmus of Corinth. 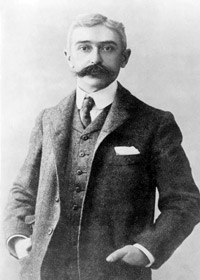 The term "Olympics" was used to described various athletic events since the 17th century, including the Cotswold Games in England and the national Olympic festival held annually from 1796 to 1798 in France. Later, in 1894, Baron Pierre de Coubertin founded the International Olympic Committee (IOC).

The first games, under the auspices of the IOC, were held in Athens, Greece in 1896, where 14 nations and 241 athletes who competed in 43 events in the Panathenaic Stadium. Olympic games for warm weather sports have been held every 4 years since then, with the except of 1940 and 1944 because of World War II.

The Paralympics for athletes with disabilities debut at the London Olympic Games in 1948, and 1924 brought the first Games for winter sports to Chamonix, France. The newest addition are the Youth Olympic Games, which started in Singapore in 2010 with summer sports and in Innsbruck, Austria 2012 with winter sports.

Greece and the Games

In modern days, Greece has hosted the Summer Olympics twice so far. First in April, 1896 with 241 participants, then in August, 2004 with 201 nations and 10,625 participants. Held in Athens both times, Greece is one of only four countries that has hosted more than once. The Olympic Flame was introduced to the games in 1928. Months before the games begin, the Olympic Flame is lit in Olympia, Greece and travels around Greece by torch relay. Then it is sent to the host country, where it is used to start the flame of the Olympic cauldron during opening ceremonies.

Greece has won over 100 medals since the first summer games in 1896. Below are the medal counts by year. Missing years means no medals were won.

Olympic Shirts for Sale at Amazon 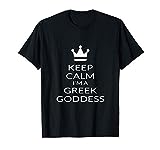 All of the content presented on www.yasas.com is for informational purposes only. YaSas.com does NOT endorse any entity listed on and/or hyperlinked to from this website. Usage of this website constitutes acceptance of all terms of use. Terms of use subject to change without notice.